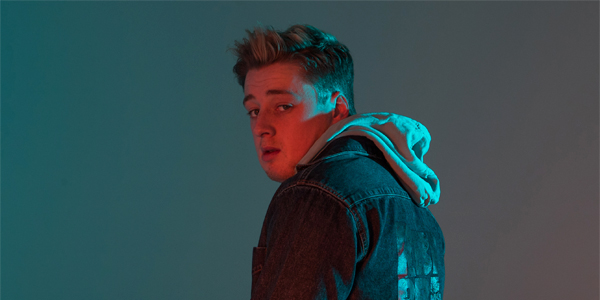 UK based Harrison is a young man who’s very much in demand after storming the EDM and progressive house charts with big breakthrough tracks ‘Ain’t A Party’ (with David Guetta), then further collaboration singles with the likes of Hardwell, Steve Aoki and VINAI.

The secret to Harrison’s success and rapid rise is his uniqueness. How many artists can play not just great DJ set, but also to perform live vocals of the songs they’ve written during their DJ set? As a DJ and vocalist, he’s been combining these skills to consistently explosive effect – there is only ONE Harrison and the world of electronic dance music is a more inspiring place now that he’s taking centre stage.

As a songwriter and vocalist Harrison arrived as a breath of fresh air in the frequently formulaic dance scene. Original, often edgy lyrics together with a raw yet faultless recording voice are just part of Harrison’s obvious vocal talents. Take his ‘Sally’ collaboration with Hardwell as a prime example – a standout track with risqué lyrics paired with dominating main stage production that’s clocked up well over 15 million views combined on YouTube

Only until you witness Harrison live on stage will you appreciate the true power of his performances. He’s an energised, inspiring and natural front man who’s presence is perfect for the spotlight and the big stage. It’s no exaggeration to state that Harrison live is a true showstopping experience – as witnessed when the likes of Hardwell, Steve Aoki and VINAI have taken him on tour to perform live alongside them and to provide the highlight of the set.

As an artist on a seemingly unstoppable rise through the dance music scene, Harrison has been spreading his wings as a solo artist to take his unique DJ & Live performance to some of the biggest stages on the planet. From legendary UK brands Ministry Of Sound, Cream and SW4 Festival, through to European shows including Privilege and Es Paradis in Ibiza, BCM in Majorca, Emporium Festival in Holland, Magnetic Festival in Czech Republic, Papaya in Croatia and many more around Europe.

Long haul destinations have been equally impressive, playing festivals such as World DJ Festival Korea, H2O South Africa and leading club brands from ELE in Tokyo, Omni Taipei, Onyx Bangkok and Sky Garden Bali to name just a few. Dance fans around the world have been getting their first live experience of Harrison and are under his spell… and unsurprisingly they all want MORE!

2018 saw an exciting new chapter in Harrison’s career with the launch of his own label Outlaw Records to showcase his new solo productions and a handful of carefully selected collaboration projects such as ‘Blinding My Vision’ and ‘2 White Lies’ (feat. Kill The Buzz & Leon Mallett) and ‘In My Bloodstream’ all featuring slick music videos and gained a new fan following for Harrison’s evolving Future House sounds.

2019 was Harrison’s biggest to date thanks to hit collaboration tracks with ‘Tell Me Why’ (with Alok), ‘Death & Desire’ (with Knife Party) and ‘Burn Me Down’ (with Dannic) all smashing charts and playlists alongside solo release highlights such as ‘Freak Like Me’ on leading labels Spinnin’ and Revealed.

Always striving to reach new heights, Harrison signed his first major label deal at the end of 2019 with Universal / Virgin and a succession of big hitting solo singles soon followed in 2020 with ‘Touch Me’, ‘Praise You’ and ‘Lucid Dreams’ all smashing charts and playlists with Spotify streams into the millions on each release.